Three Keynotes and Symposia for IBS Malaga 2019 will be held on the mornings of January 9, 10 & 11th.  We’re excited to announce the lineup below! 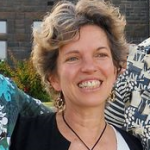 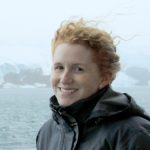 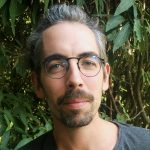 A historical perspective is essential to both describe and explain biogeographic pattern, and it has long been appreciated that a rich source of historical data is the genetic information contained within species. Because biogeographic pattern may fall within a broad range of geographic, temporal and taxonomic scales, how we can best harness the information from genomes continues to be an area of intense interest and development. At one extreme, molecular phylogenetic data can be used to understand the spatial and temporal dimensions of biogeographic pattern that has formed over deep geological time scales. At the other extreme population genetic data can be used to understand recent or ongoing processes that that structure diversity. Recent technical and analytical developments are offering new opportunities to exploit the genetic information within individuals and species in exciting ways that built upon the solid phylogenetic and population genetic foundations of biogeography. This symposium brings together a set of speakers to showcase new developments in how genetic data is being applied to biogeographic analysis. These presentations will demonstrate to the congress participants

January 10, 2019:  Do we need to reclassify the tropical and sub-tropical biomes and if so, into what?

Traditionally, major habitats spanning the tropics and sub-tropics have been classified as one of three biome types; i) tropical and sub-tropical moist forest; ii) tropical and sub-tropical dry forest; iii) tropical and subtropical grasslands, savannas and shrublands (Olsen et al., 2001). These biome types have been used to describe biological communities spanning South and Central America, Africa and the Indo-Pacific regions. However, it has long been recognised that while these habitats may look similar in structure and function, there is often little floristic similarity between regions. In addition, over the past 50 years, extensive land-use change in some regions has resulted in large blocks of habitat primarily reflecting the anthropogenic activities upon them (e.g. crop-lands). A recently published large-scale phylogenetic analyses of tropical angiosperm trees has added further to the debate by suggesting that the world’s tropical forests should be divided into two major floristic regions: a combined American-African versus Indo-Pacific region (Slik et al., 2017). The time is therefore ripe to ask the question do we need to reclassify the tropical forest and sub-tropical biomes and if so, into what? This session will give seven speakers 20 minutes each to address this question from their own research perspective, followed by a 30 minute panel debate. The aim of the session is not to necessarily come to a consensus on the question, but to provide a timely debate on a topic that has strong significance for the International biogeographical community at large.

Projecting the impacts of climate change on biodiversity is a major goal in macroecology and biogeography. The failure of commonly used methodologies to produce accurate forecasts has led to increasing interest among researchers in adopting more mechanistic or process-based approaches. Yet, the transition away from traditional correlational studies is proving slow, partly due to data limitations. Until the outcomes of experimental macroecology become more common, forest and agricultural species offer conspicuous study cases to investigate species responses to climate. Data availability on long temporal series of phenological observations for crops allows—for example—the calibration of phenological and demographic models that can accurately predict species responses to varying temperature regimes. Similarly, process-based forestry approaches allow determining how forest dynamics will be altered by climate change. The availability of high-resolution spatial and temporal data on agricultural and forestry species has the potential to deepen our understanding of how biodiversity responds to climate. Even so, biogeographers still seem reluctant to employing data and practices from sister disciplines.

On the other hand, modelling strategies in agronomy or forestry have developed highly detailed, process-based approaches able to make accurate predictions, but strongly limited in their geographic scope. Merging techniques commonly used in biogeography with process-based approaches from agronomy or forestry can be mutually beneficial. First, by increasing the accuracy of wild species distribution forecasts across scales. Second, by expanding biogeography towards a more applied paradigm, where the typically large-scale focus of its forecasts would be useful to compare agricultural and forestry practices and predictions across regions. These predictions are particularly welcome in a context where assessment of threats on ecosystem services such as food and wood supply, and carbon sequestration, is of critical concern to human livelihoods.

The topic of this symposium will bring together world experts who have combined crop or inventory data (from both agricultural or forest species) and/or, high temporal-resolution climate data with process-based models based on phenology, demography or physiology, to predict the future impacts of climate change on targeted species. Besides sharing advances in fields that usually fall outside biogeography but whose findings would be relevant in the attempt to move the field towards using process- based approaches, this symposium aims to foster discussion on three topics.

Come join us for an Early Career Conference in Amsterdam this April 17-19! Focused on early career researchers, but open to all.

Our next biennial conference will be in Vancouver - January 2021!